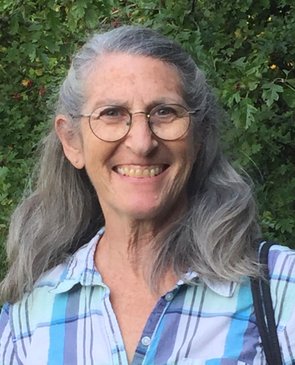 I was born and grew up in Cleveland, Ohio, USA. In 1970 I came to Denmark as an exchange student. I returned to the US and after 4 years, graduated from Ohio State University with a Bachelor of Fine Arts

In 1975 I came back to Denmark and started my ceramics career in a cooperative ceramic workshop in Turesensgade, on Nørrebro in Copenhagen. Inspired by the old Danish potters’ traditions and forms, combined with my interest for plants, I began working with earthenware and developed a series of flowerpots.

After a few years in Turesensgade, family life was in focus and ceramics was set on hold. I got by with a wheel in a shed and pitfirings in the yard where I lived.

In 1980 I started working at Sandtoften, a ceramic workshop for mentally handicapped. The work was exciting and inspiring, both personally and professionally. Both of interest and necessity, I had to see ceramics with a whole new set of eyes! Before, I worked only with throwing on a wheel, but I discovered new challenges in working with coils, slabs and surfaces. I worked at Sandtoften for over 10 years, but felt the need for something new to happen. I switched lanes and took an education as a “technical assistant” doing technical drafting, which appealed to my technical, constructive interests, while the beautiful pen drawings appealed to my aesthetic side. By the time I had finished my education however, pens were replaced with computers. But I also mastered that tool and came to work with construction of harbors, bridges, traffic planning, sewage systems and even mapmaking and surveying. It was a time of learning, but after another 10 years, the tempo of the pulsing world of entrepreneurs and construction became too much, and ceramics was lurking in the back of my mind.

When a shop nearby became vacant in November 2004, I sprang for it, and started a combined studio and shop, ”Så no’en Potter”, “Some kinds of Pots”. The name came from my time in Turesensgade. There were a few of us, who drove around with our pots packed on our bikes, and simply presented our wares as “some kinds of pots”. We laughed about it afterwards, but went on saying it anyhow.

Unfortunately, in 2007 ”Så no’en Potter” closed, but production continued in a studio I had worked in many years before, in Henrik Rungs Gade, not too far away. Soon after, a basement space became available next to where I lived, I set up there and worked the next 2 years. In 2012, my dream of having my studio at home came to be, when I moved to my dream house in the country, on Stevns, an hour from Copenhagen. In 2019 i returned to Copenhagen,  on the island of Amager, where I now live and have my studio.

My present production has developed from its source in earthenware pots, which I made many years ago. I no longer make thrown pots, but work exclusively with slabs. The clay is rolled out, cut into flat geometric shapes and then put together into full organic forms. Black and red earthenware has been replaced with stoneware, and even a little porcelain. Working with slabs opens for endless possibilities and constant development. With the assistance of computer drawing, I can construct shapes which can be altered, rotated and repeated. And every new idea awakens my curiosity to try something new and different. Therefore, my website can only be a picture of this moment, for tomorrow the will surely be something new.